The Bayside Travel Centre at Exit 36-B on the Trans-Canada Highway is our first development on lands that were designated for commercial development in a community vote on June 7, 2018. Of the 196 community members who cast ballots, 192 voted in favour. There were only two votes opposed. One other ballot was rejected; another was spoiled. 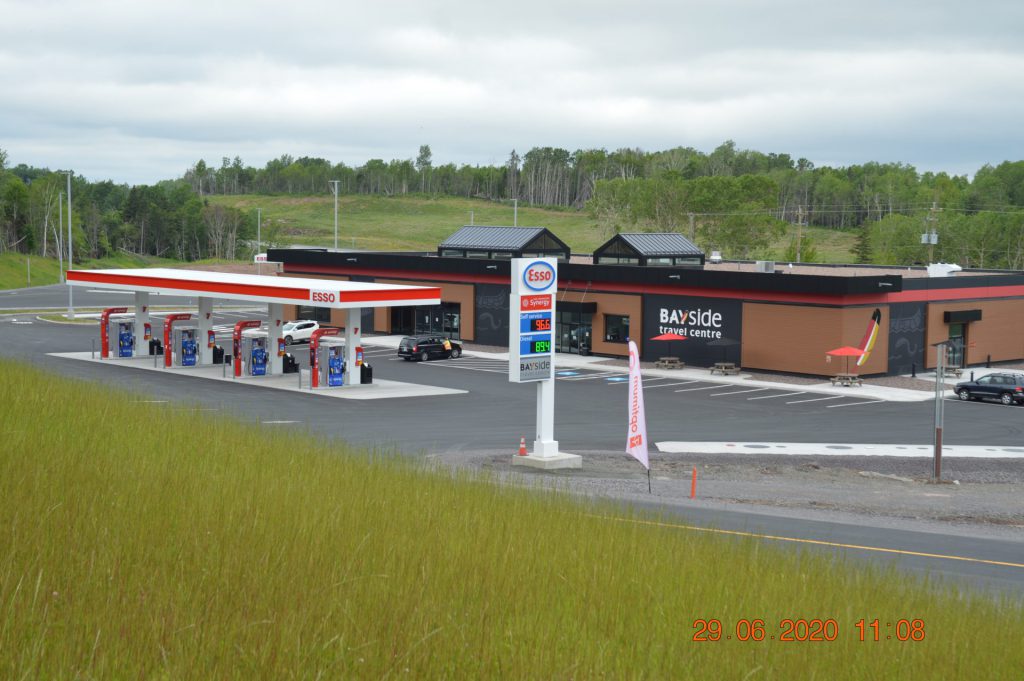 The $11 million travel centre at 86 Bayside Road takes advantage of a new $13.5 million interchange that opens access to southside reserve lands that were severed when the highway was built through the reserve in the 1960s. Our anchor tenants, Wilsons Fuels (Esso) and Husky provide retail gas and card lock diesel services. 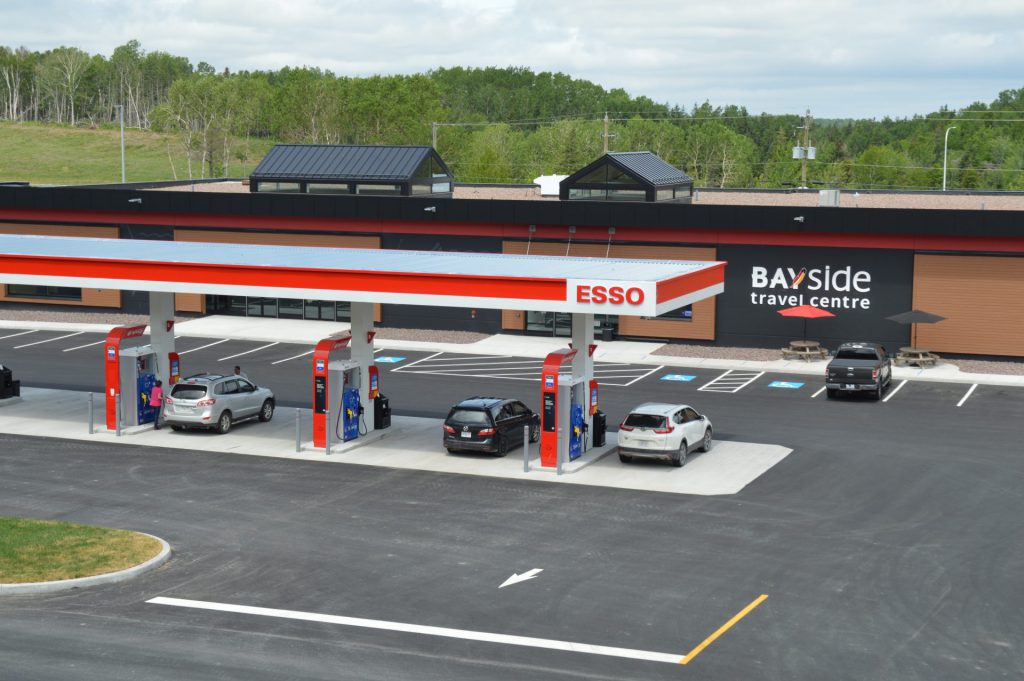 The Band owns and operates a convenience store and a new entertainment centre. It also houses a Nova Scotia Liquor Corporation agency store, the first one to be located in a Mi’kmaq community in Nova Scotia.

Two quick-serve restaurants – Tim Horton’s and Mary Brown’s Chicken – will serve the travelling public and long-haul truckers heading to and from Cape Breton Island and Newfoundland & Labrador. There is also a comfortable truckers’ lounge with showers, cable TV, free high-speed WiFi service, a tourist information centre and space for Mi’kmaw crafts and art.