by Richard Perry If you picked up Canada’s national newspaper on February 26th, 2018, in the two-page centre spread there’s a construction worker crossing the TransCanada Highway at Paqtnkek with then-Chief PJ Prosper and Rose Paul, CEO of Bayside Development Corporation. The worker’s face is hidden, but Travis Isadore remembers the day very well. “It was very cold that day, but I loved the work,” says Isadore, the 44-year-old married father of five who is now managing security in the new travel centre. So not only did he help build…

by Richard Perry Bayside CEO Rose Paul has announced that the Mi’kmaq Native Friendship Centre will help pay a significant share of the wages for up to four positions for youth working within the Bayside Development Corporation umbrella. Ms. Paul says the partnership means store or security positions at the new Bayside Travel Centre will receive funding for up to 80 percent of their wages for six months. The support is for Paqtnkek youth between the ages of 15 to 30. “This is a fantastic opportunity for us,” says Ms….

by Richard Perry Dale Bernard is one of those people who makes you feel at ease right away. You can spot his smile the minute he leaves his vehicle in the parking lot and makes his way to his new work home. The Paqtnkek community member was chosen to lead the custodial and maintenance team at the new $11 million Bayside Travel Centre after a long career as a plumber, pipefitter and steamfitter. “I feel like this is my retirement job,” says Bernard, as we meet in the expansive atrium…

by Richard Perry Gabriella ‘Gabby’ Boudreau says she’s ready. And excited. After 23 years in the retail sector, this East Tracadie resident is now training to lead gas and convenience operations at the new Bayside Travel Centre, Paqtnkek Mi’kmaw Nation. (Exit 36-B on the Trans-Canada Highway) “Friends are coming up to me already and asking about what it looks like,” she says. “I tell them you won’t believe it until you see it. It’s amazing.” On a recent visit, Boudreau pointed out the location of the computers that will monitor…

19 graduate from pre-employment training by Richard Perry Teacher Wayne Toney stood before a packed conference room at the Paqtnkek Health Centre. After three weeks of classroom training, he paid a huge compliment to the men and women about to receive their certificates. “You’ve been a marvellous group,” said Toney, a veteran instructor and psychotherapist who led the group through a training program designed to prepare them for positions at the new Bayside Travel Centre or wherever their interests lie. “At times we went outside our cultural comfort zone,” he…

December 2019 “You guys are making history.”

Security recruits graduate at Paqtnkek Mi’kmaw Nation by Richard Perry When 24 security trainees crossed the stage November 29th to receive their certificates, veteran instructor Mike Kuba marvelled at their accomplishment. “It’s been a very rare occurrence in my 38-year career that every participant who showed up on day one stuck with the program, not missing one day,” says Kuba. “I’m extremely proud of their effort and commitment. It shows that these 24 are committed to working and staying in their community.” Community member Atta Emily Johnson says the training…

Chief Paul (PJ) Prosper of Paqtnkek Mi’kmaw Nation has announced that Rose Paul is the successful applicant for the new position of Chief Executive Officer of the Bayside Development Corporation. The corporation is the Band’s business arm that will manage the development of reserve lands on the south side of the Trans Canada Highway. “Rose has all the business and leadership credentials required to guide our long-term economic development,” said Chief Prosper. “She has committed herself for more than a decade to helping our community grow – including the construction… 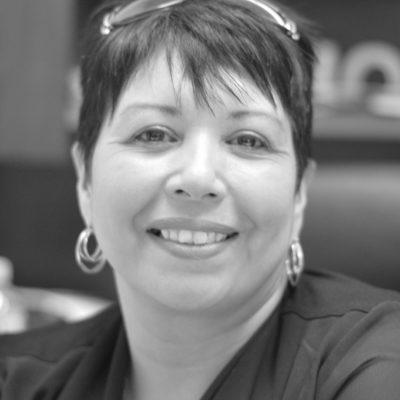